The plan was originally to go to Bryce Canyon. Tropical Storm Ivo had other ideas. Since it was supposed to be raining all weekend in Bryce, we called an audible and went to Great Basin National Park instead, the second least visited national park in the country (which conveniently had a 0% chance of rain on Saturday and 20% chance of rain on Sunday). We embarked on our journey relatively on time, and stopped at Cathedral Rock State Park on the way up there (located right next to the road). We explored some of the cave areas and saw a pretty great overlook of the space. That park is definitely worth taking a day trip to and I’ll probably do it in the future. It is only about a two hour drive away, and is a mini Grand Canyon, with caves! 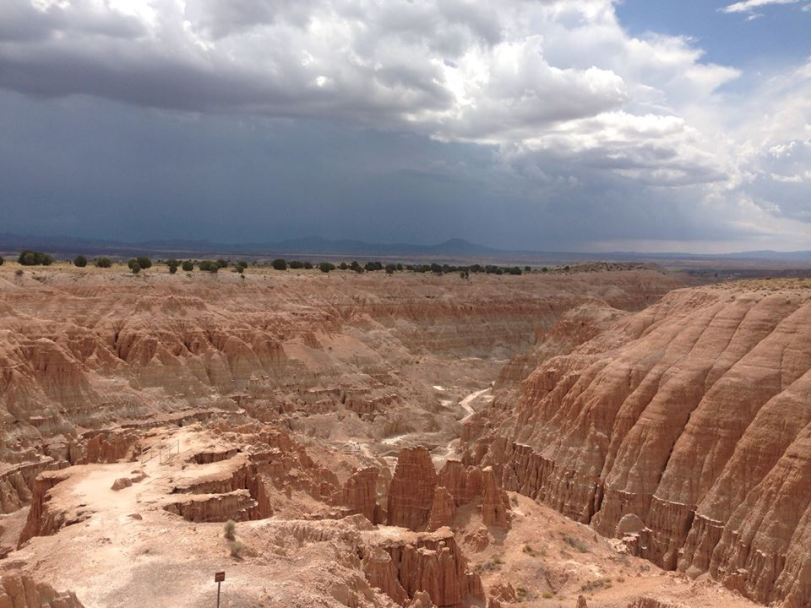 The journey continued on to GBNP, where we stopped to get lunch at a joint in town. I rarely complain about food, but after placing our orders, we could hear them heat up the meat in the microwave in the kitchen… I’ll just leave it at that. Dismal lunch aside, we went on to go exploring the Lehman Caves. It was the first time I had been back in a cave in a very long time. It was a lot of fun walking around the caves, the only downside being the chatty park ranger. 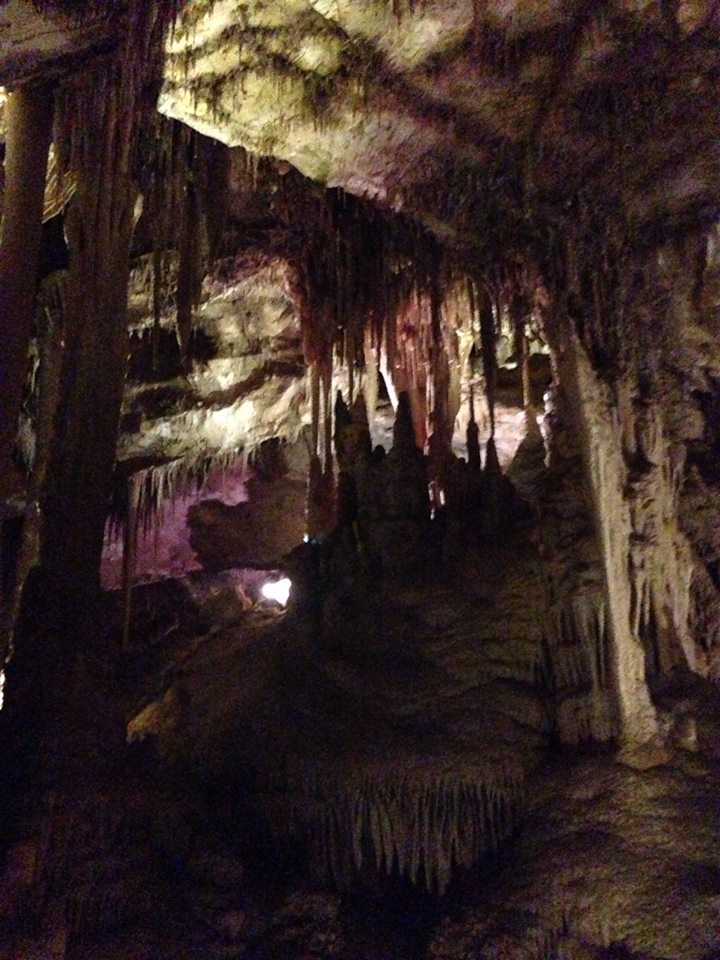 The good thing about doing the cave tour first? It was raining when we got there (thanks for the accurate weather forecast!). The bad news was it was still raining after we got out. We decided to drive up the scenic drive to Wheeler Peak and scope out potential camp sites on the way. As we drove up and back, our spirits rose, and the rain actually stopped! We found a perfect camp site, nestled between two creeks. Only to find that at some point or another, one of my tent poles had broken… At which point we went back down the mountain to try and fix aforementioned tent pole.

As the picture shows, it didn’t really work. That was also the first time I’ve ever pitched a tent in a parking lot. Undeterred, we found a motel to stay in. Brittany may or may not have had a minor freak out due to the antiques in the room, the lime green sheets on the bed, and the sofa that she swore that someone or something had peed on. The original plan had been to cook dinner over a campfire. We had the fire kit, supplies for s’mores, but had no sticks (classic oversight). In search of the sticks, we stopped at the Border Inn, which would be the place I recommend to go eat if you eat out when near Great Basin. Comfort food was consumed, and one final trek up the mountain was made in an effort to see some stars. We weren’t disappointed. 20% of the sky was over cast, but what was visible was incredible. Part of me wanted to take pictures to try and capture it all, but no photos could do the actual view justice. We stopped at the ranger station on the way down, and caught the tail end of an astronomy program that included $3,000 telescopes and the coolest laser pointers I’ve ever seen (that only astronomers are allowed to use apparently). We returned to the motel room, where the last thing we did to maintain the illusion of camping was spend the entirety of that night using our head lamps. Granted, we weren’t awake for that much longer, but we read by headlamp dammit. 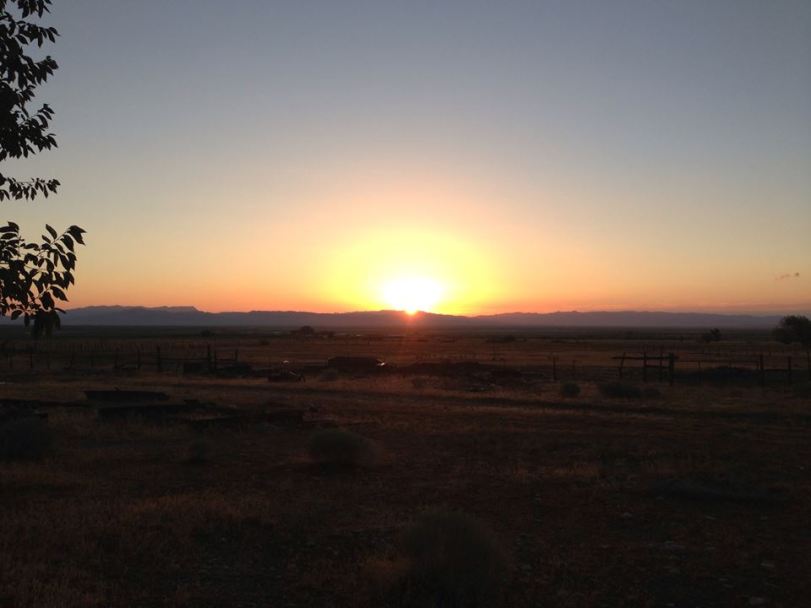 Woke up to an amazing sunrise the next morning and got a solid start to the morning. Got up to the trail head by 7:15 and we were well on our way. Wheeler Peak, the second tallest peak in Nevada. 8.2 miles, 2,900 foot elevation gain, completely ignoring the facts that I had never hiked at that altitude. 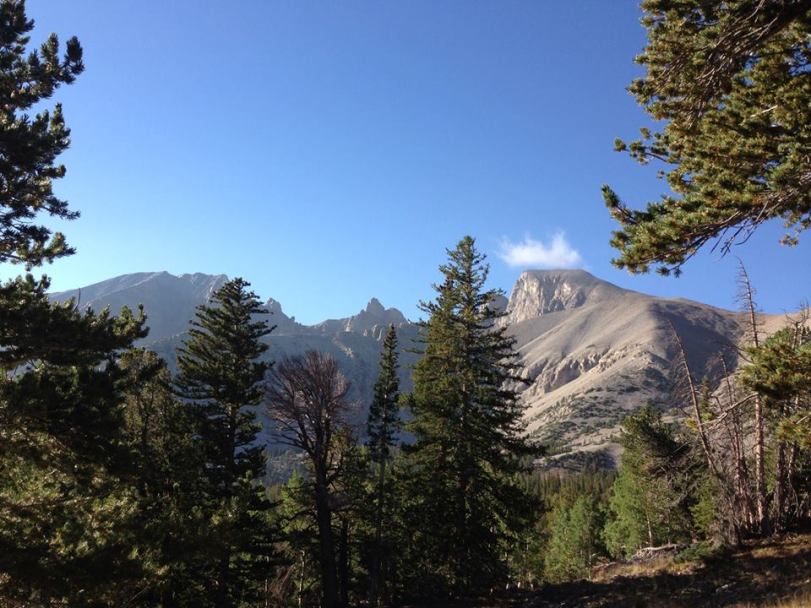 The first mile or so was through a birch forest, the second mile got us up to the tree line through a bunch of pines, but miles three and four were rough. All along the ridgeline with some pretty strong gusts (30 mph). I’m thankful to all the folks that took the time to build shelters along the way out of rocks. Wheeler Peak didn’t really have a false summit, but I wouldn’t be surprised if the last half mile or so had 1,000 feet in elevation gain (although I have no great perception of such things). I was the first one in our group to summit, so I’ll call myself king of the mountain.

We didn’t make a fantastic time getting up there, but we made it back down in less than 2.5 hours! And the views there and back were amazing, especially seeing the clouds flow over the mountain while we were on it. Though when we saw the clouds, we didn’t know if we would make the summit or not since a ranger had talked before about being stormed off the mountain. It was a great hike, though it will be a little while before I want to do it again. Though I do want to go back there for the stars and to see Nevada’s only glacier before it melts.