I’d been in Henderson Monday because I had wanted to get away from the distractions of being in my own place, wanted to check out REI’s fall sale, and was picking up a friend from the airport later that night. So to kill a couple of hours, I decided to check out a place I had heard many good things about, Greens and Proteins. They have two locations, both on the 215, one on Eastern and the other on Flamingo. I tried out their original Eastern location, which was in a strip mall that had a variety pf other places around it as well. The east location is in a little strip mall

I had already eaten dinner, but decided to grab one of their juices. Somewhat serendiptiously, I had run into Zach and Josh outside of Downtown at the same place, and they both recommended the Wellness Drink, so that’s what I got: Green grapes, green apple, pineapple, orange, lime, wheat grass, kale, spinach, collard greens, ginger, flax seed, agave (286 cal). 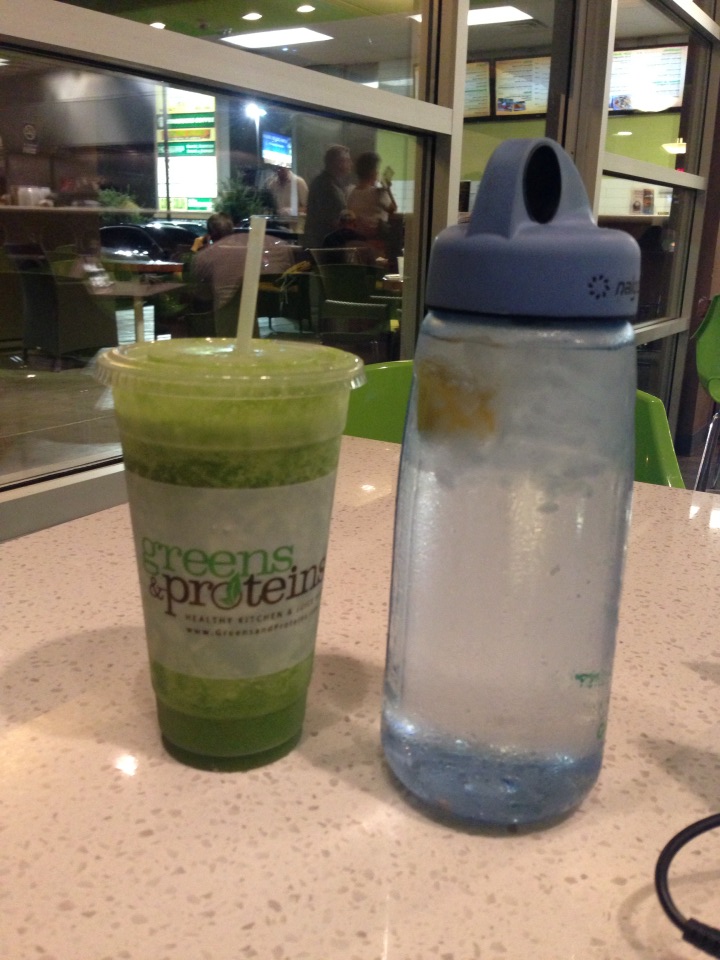 Again, a really interesting combination of flavors, but it came out really well. Being a juice, it was really light, but what was perhaps most surprising about it was the fact that the juice maintained its consistency over a long period of time. I was sipping on it for about two hours, and it didn’t settle or anything as a lot of drinks have the tendency to do. I’m not a huge fan of juices, especially ones that have vegetables in them, but really did like the wellness juice.

Rating- 5/5 Food and ambiance was good. I think it was pricey for what it is, but that’s more because of the perverse incentives for food we have in this country. Am glad that it is around. Wish we had something similar downtown.
Price range – Medium range. $10-$15 for an entree. Not cheap but not expensive.
Location – Henderson
Recommendation – Worth going to. I’ll go again to check out the food.